Hit enter to search or ESC to close

Leave your mark on this earth, but do it the right way

Behind Max, is a group of passionate individuals, driven by shared values of wanting to give back to the world that surrounds us. Our passion doesn’t only translate to the focus on forward thinking when it comes to our products, but it goes way beyond the limits of leaving positive marks on the environment that surrounds us. It is no news afterall, that outside of these colourfully decorated 4 walls, there are pressing issues, which are ever so important to us, and of which we feel we should put effort into protecting and doing every little bit we can to help.

So, when coming across initiatives like Zibel, a locally based NGO driven by a superb group of passionate people, who passionately work on bringing awareness to some of these pressing matters. They strive to leave behind a shiny and beautiful world, starting from our very own backyards. We felt a strong connection with them and opted to stand with them and volunteer our time to their cause. 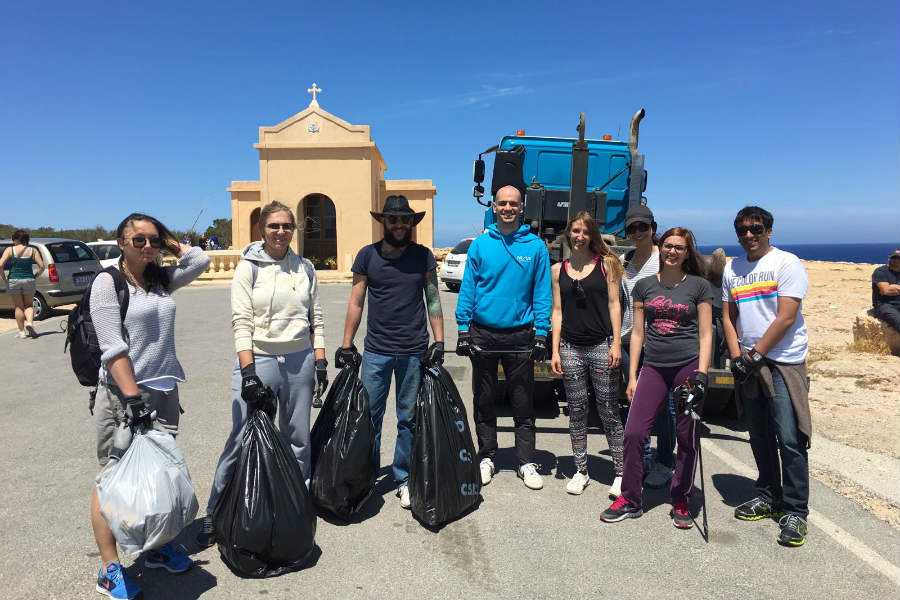 A DAY WITH ZIBEL

Standing in representation of our Max Values stance, around 20 of our team members gathered together and decided to volunteer their time on a Sunday day off to join forces with the Zibel guys, for a beach clean up at L-ahrax in Mellieha.

For those who don’t know, L-ahrax Tal- Mellieha is a protected area offering shelter to many threatened species, including a colony of Mediterranean shearwaters, but also a highly popular spot for campers, many of which sadly have the tendency to leave trails of litter behind.

That day, a total of 100 volunteers showed up at the designated area, and after handing out the required equipment, Zibel’s coordinating team split all into smaller groups each destined to cover an assigned area.

Debris and filled garbage bags were dropped at an agreed spot and later carried back to the starting point, where everything was carefully separated before loaded into containers.

Within a few hours of work the groups managed to collect:

You got that right; a mind-blowing 10.7 tons of waste, in just a few hours and just one little location.  This comes to show how only a little effort from our end can come such long way, it also serves as proof as to the grave impact leaving even just one tiny piece of waste behind when visiting open areas can have in the long run. 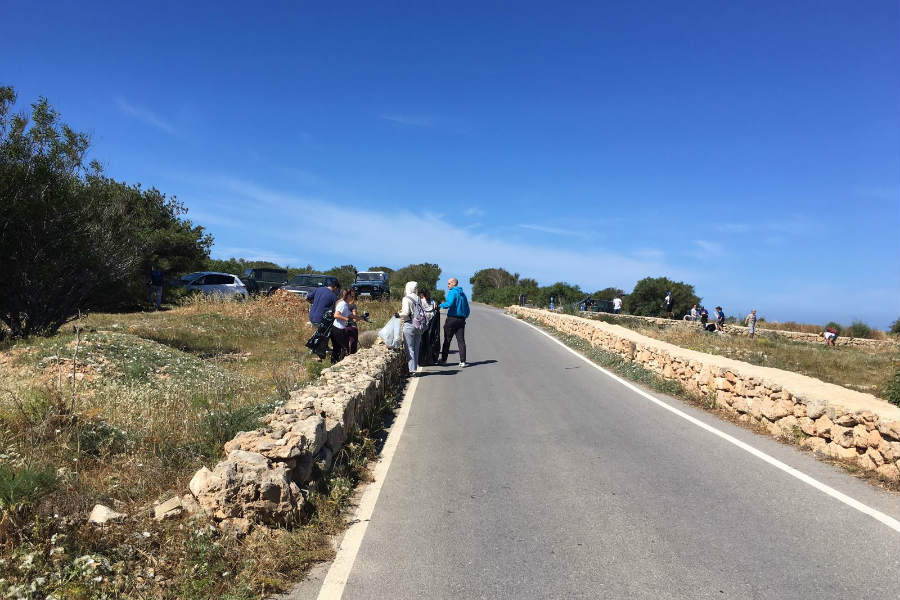 Forming part of a society that has a throwaway consumerism instilled in its core and poor waste management strategies have brought us on to a rubbish epidemic, and the numbers to support the claim are flat out scary.

The amount of trash we generate each year could circle the earth hundreds and hundreds of times.

According to records of data, every individual generates 6 tons of waste on a yearly basis, less than half of which ends up being recycled. 14 million tons of litter are collected from the streets of Europe every year and to worsen the damage made to our globe an additional 6.4 million tons enter our oceans.

The pollution levels in our environment affect our spirit, but even more importantly our well-being. There is still much we all need to learn and improve on, but it’s always important to remind ourselves that every small bit, as well as giving as much supporting those who take a stand in improving sustainability and protecting anything living in our world, matters.

If you think that a small effort from your end is not worth, think again. Our planet deserves all the help it can get, and the ways you can help more than many.

Populated zones and beaches are few of the areas that suffer the most and in the small, but mighty, island we live on it’s hard for one not to become visually aware of the matter.

The Zibel team passionately works towards their goal for a clean beautiful Malta and remains on the top of organizing clean-up events in areas all around Malta; to find more information about the next one. Visit their Facebook page.

MaxEnt is an aggressively expanding business within the Gaming Industry, based in Malta, with international development hubs. The business is highly developed and requires a team that is highly proactive, and career driven.

© 2022 Max Entertainment. | designed and developed by